Basically, everyone will have the habit of rubbing their eyes, but you may not know that rubbing your eyes is a simple action, but it also may cause big trouble. 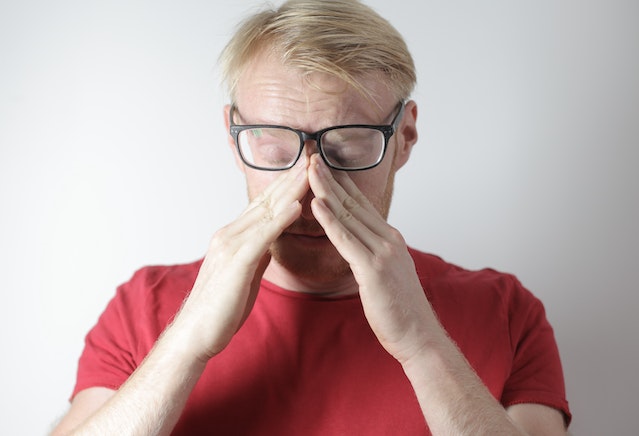 You'll never guess how dirty your hands are. And how many of you will specifically wash your hands before rubbing your eyes?

Then the result is that the bacteria rubs into the eye, causing conjunctivitis and keratitis. If the bacteria enter the eyelids, it may also lead to mydriasis. As a result, the eyes can become red, swollen, hot, and painful.

If you rub your eyes at this time, it is equivalent to pressing and rubbing a foreign object on the surface of your eyes. The eyes will become red, swollen, and bleeding, and the corneal epithelium may be damaged and detached by the friction of the foreign body. This may even lead to corneal ulcers, conjunctival lacerations, etc.

Have you noticed that sometimes when you rubbing your eyes stronger, and when you open your eyes after rubbing, a picture like the following will appear in front of you.

This phenomenon is known as an optical illusion. It is due to the light sensation produced by the retina when a pressure transient stimulates it. Unfortunately, this pressure hurts the retina and damages the cornea and conjunctiva, especially in patients with cone corneas.

A conical cornea is characterized by a central or paracentral dilatation and thinning of the cornea that protrudes forward in a conical shape. In short, the cornea becomes thinner and more convex. In this case, if you rub your eyes, it is likely to cause corneal rupture and eventually lead to blindness.

This is a severe problem. Because it causes a dramatic loss of vision, its ultimate result is blindness if left untreated.

So if you encounter eye discomfort in the future, bear it if you can. For example, you can try blinking more often and take artificial tears or hot compresses. But if the discomfort is evident and persistent, it is advisable to go to a professional hospital for timely medical attention.

Protect eyes in the summer

The reasons for eye pink when swimming

What is retinal detachment?